On Monday, 22nd May 2017 Martyn Hett, was one of 22 people killed in the Manchester Arena terror attack. Figen Murray, the mother of Martyn Hett, 29, has bravely and tirelessly campaigned for better security at public venues. Here Figen talks to the PSSA about her journey and Martyn’s Law, known formally as the Protect Duty. 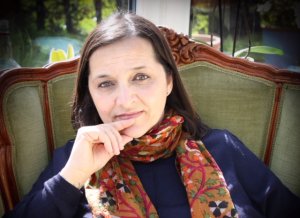 At the beginning of May 2017, we had put our house on the market ready to downsize and it was sold within a week. We had already viewed a house we liked and put in an offer that was accepted

At the same time, we were getting excited for Martyn who was planning his long-awaited trip to North America. He had been saving for two years and was due to go on 24th May.

We had a family farewell the Saturday night and on the Sunday morning I took him on a shopping trip to buy cat food and cat litter, so his flatmate had enough to last her the two months whilst he was travelling. She was to look after his cat Emily Bishop. I was due to pick him up on the Wednesday to take him to the airport, but alas that never came to fruition. On Monday, 22nd May 2017 Martyn sadly lost his life at the Ariana Grande concert at the Manchester Arena.

It was in December of the following year that for the first time I properly ventured into Manchester as my daughters had bought my husband concert tickets for a singer he loved. When I got ready, I took my tiniest handbag to make security checks easier.  After all I just needed tissues, my phone and nothing much else. I had naively assumed that since the attack public venues are providing solid security measures.  To my complete and utter surprise, I realised this was not the case. Nobody checked our bags or indeed our tickets for the concert.

Talking mainly on twitter in these early days I received dozens of messages up and down the country. People were telling me about huge discrepancies in terms of security at arenas, sports venues and in fact a lot of public events where large crowds gather. I found this incredibly distressing.

I thought about it all long and hard over the Christmas period and in January I decided to do something about it and therefore launched a government petition for Martyn’s Law to be introduced. I was asking the government to help by introducing mandatory legislation. The petition was slow going as it appeared the public (like I was before the arena attack) goes about their lives without giving their own and their loved ones’ security a second thought.  It was simply not on anyone’s radar.

However, halfway through the petition I was contacted by Brendan Cox, who lost his wife two years before the arena attack. Jo Cox was killed by a right-wing extremist in broad daylight.  Brendan told me that he wants to help with the petition as he believed it was important to get this law through.

He then introduced me to Nick Aldworth, who at the time was Detective Chief Superintendent in Counter Terrorism Policing.  Nick was due to retire soon after the initial phone call and he agreed to help with this, and he was fully on board with it.  Nick used his professional knowledge to put together the actual document for Martyn’s Law that we eventually presented to Brandon Lewis, the Minister for Security at the time. This is the point at which the government started to actively engage with Martyn’s Law.

I have spent a great deal of time meeting people from different sectors and informed myself about the issue of security. This is not an impulsive reaction to what happened but a considered one.  Nick and I also give regular talks on the topic of Martyn’s Law and we present at various security conferences up and down the country, obviously since March that has had to happen in virtual form.

In addition, Counter Terrorism Police believe that there is a need for legislation to protect people from terrorism in crowded spaces and places.  A comprehensive review of legislation has been undertaken by government and the police and it is felt that there is no existing legislation that covers all of the needs to keep people secure.

The Manchester Arena Inquiry just went through the security chapter and Martyn’s Law came up several times. I also gave evidence about what it is and why it should be there. I explained that it is important to keep the general public safe when they are out and about. I am very passionate about it and feel that this mandatory legislation will definitely save lives.

Martyn’s Law is so simple and is of course proportionate.  It has five components:

The media sadly initially got my story out in a way that became counterproductive and led to a lot of criticism. Headlines such as “Arena victim’s mother wants airport style security” led to criticism around cost, turning the UK into a police state, instilling fear in people, forming queues elsewhere and creating risks that way….”

We had to work hard to make people understand that Martyn’s Law is totally proportionate. So, a restaurant may need to identify an escape route for staff and customers in case of an attack.  This would be an example of a terrorism action plan.  Obviously, the bigger the venue the more stringent and costly measures. The cost for these could then be absorbed through other means.

As the general public we all should be able to enjoy our freedom to move around in the knowledge that venues and any place we gather are doing their utmost to keep us all safe.

Martyn’s Law is currently in draft version and needs to be consulted and approved. To support the campaign and help with the approval of Martyn’s Law please follow Figen on Twitter @FigenMurray and retweet with your own comments and words of support.  You could also write to the government, James Brokenshire and/or Priti Patel. It is time we made public safety a matter of law. The PSSA is 100% behind Martyn’s Law (Protect Duty).